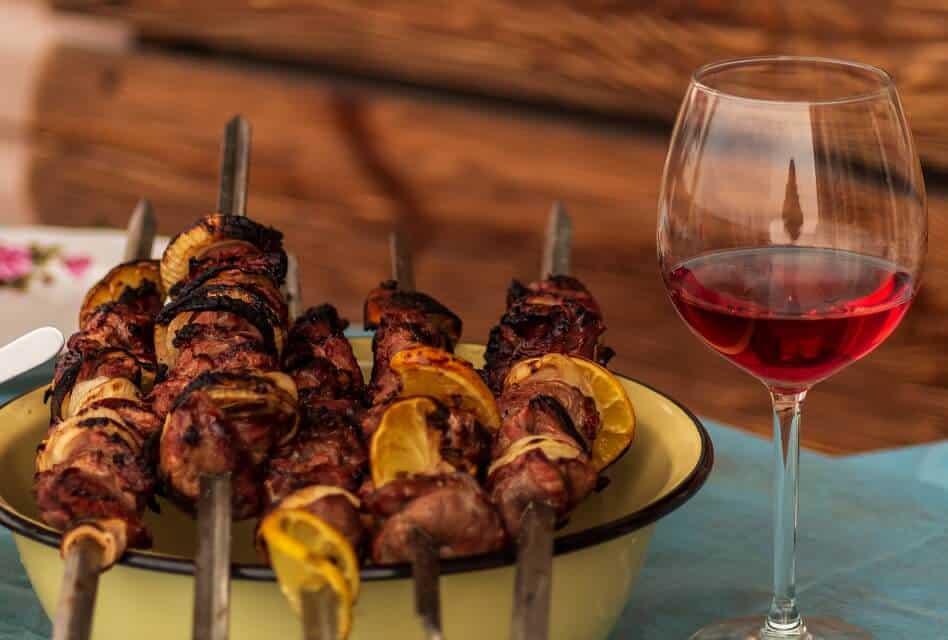 For many people, barbecue is one of their favorite weekend activities. It offers something for everyone, whether you prefer burgers, hot dogs, steak, or fish. While many people enjoy their grilled meats with beer, you can also create delicious BBQ and wine pairings.

When talking about barbecue (or short: BBQ), you might come across different definitions. Most people consider every preparation that includes a grilling device barbecue. But stricter definitions distinguish between grilling and barbecue.

Grilling doesn’t take much time as you cook your food directly over the fire at relatively high temperatures. In contrast, when you barbecue, you don’t expose your meats to the fire directly. Instead, you cook it indirectly, which takes much more time. Besides, temperatures are significantly lower, and the meat gets perceivable smoky flavors.

For simplicity, we won’t distinguish these two methods strictly in this article.

Although barbeque always involves a grill (or a smoker), there are various regional styles. The main differences between them are the marinades and sauces used to season the meats. They create different flavor profiles and thus, call for different wines to match them.

Pork is the most common type of meat for Carolina style barbeque. It’s not unusual that the party’s host presents a whole smoked hog and lets the guests cut their servings themselves. Typically, a thin, acidic sauce made from vinegar, sugar, and peppers comes with this type of BBQ.

To match this acidic sauce, you need a similarly zesty wine. It shouldn’t be too bold, though. Many Italian red wines such as Sangiovese or Barbera are just right. White wines like dry Rieslings from France can be good matches, too.

In South Carolina, you might serve a mustard-based sauce. It contains vinegar and sugar as well but is significantly more savory and also spicier. However, it’s a great add-on to the subtle sweet notes of the pork.

To match this sauce, you can go for bolder red wines such as Zinfandel or Syrah. Stay away from New World styles, though. They are typically a bit too rich and can overpower the meal.

For white wine lovers, Riesling is a great option. This time, you should search for an off-dry to semi-sweet bottle, though. Check out the German Kabinett wines from the Mosel or Rheingau regions.

Memphis style BBQ is known for delicious ribs and pulled pork dishes. They are seasoned with a dry rub made from salt, pepper, chilis, cumin, and sugar. After cooking slowly for hours, they are very tender, juicy, and flavorful. Usually, they come with a tomato-based sauce but only as an optional side dish.

The best pairings for the flavorful Memphis style dishes are New World Merlot wines. They are medium- to full-bodied and offer a great combination of fruity and spicy flavors. Also, they are very approachable for wine newbies who don’t enjoy wine regularly.

Texas barbecue is unique because the meat usually is served without sauce. The most common dish is a beef brisket that slowly gets smoked at low heat. It gets its flavor from its fat and a dry rub that can be as simple as salt and pepper. When ready to serve, the meat is so tender that it almost falls apart.

The right wine to match a Texas-style barbecue is red, dry, and full-bodied. It should have a decent level of tannins so it can cut through the meat. Earthy wines are better than fruity wines, which might create a strange flavor combination. Try a Syrah. Both European styles and New World Shiraz wines can do the job. Alternatively, Spanish Riojas or Californian Cabernet Sauvignons are fabulous matches.

Unlike the preparation methods used in Memphis and Texas, Kansas style BBQ relies on sauces. They contain tomatoes, molasses, vinegar, and intense spices such as black pepper, chili, or garlic. The meats lay in this sauce either while or after being slow-smoked, so they become very flavorful. Side dishes coming with them include potato salads, baked beans, and coleslaw.

Kansas BBQ features many different types of meat and also fish. For fish and white meats such as chicken, you best choose a full-bodied white wine. An oaked Chardonnay or Sauvignon Blanc is a fantastic match, especially when coming from the New World. It has just the right level of acidity to cut through the savory sauce. Look for wines from California or South America.

If you prepare a pork or beef meal, red wine is the right pairing. Grab a wine with earthy flavors like a Grenache from France or Spain (be aware that Grenache is called “Garnache” in Spain). Alternatively, consider an Australian Shiraz.

The Best BBQ and Wine Pairings

Now that we know about the major barbecue styles let’s look at some specific foods and the matching wines.

Steaks might be the most popular barbecue dish. Beef steaks can be fatty and chewy or lean and tender, depending on the exact cut. And when looking for a matching wine, you should consider that.

Tender preparations like Filet Mignon or Strip Cuts go well with a light-bodied red. Pinot Noir belongs to this category, and so does Grenache. When served with a rich sauce, you can also choose a medium-bodied wine such as a Sangiovese.

Fatty cuts like Ribeye steaks call for tannic full-bodied reds. Wines like Cabernet Sauvignon or Zinfandel can stand the fattiness superbly. Also, by adding a bit of fruitiness, they amplify the flavor package. 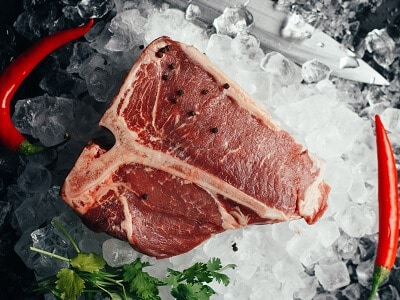 More Details on Steak and Wine Pairings: HOW TO PAIR WINE WITH STEAK – 6 GREAT MATCHES

It might sound weird to have burgers with wine, but actually, you can compose excellent pairings. With beef, the bun, lettuce, tomatoes, onions, and sometimes cheese, a burger offers a complex set of aromas.

To match these flavors, red wine with at least a medium body such as a Sangiovese is the right choice. Especially Tuscany wines like Chianti Classico or Brunello di Montalcino are great pairings for burgers. They have just the right levels of tannins and acidity to stand the rich flavor combination.

If you prepare your burger with cheese, you can choose a full-bodied wine, too. Try a Syrah or a red Bordeaux blend made primarily from Cabernet Sauvignon.

The flavor of pork is quite different from beef. It’s typically lighter, more tender, and has a subtle sweet note.

The best wine for pork chops is a light- to medium-bodied red. As the meat is rather light, it shouldn’t be too tannic. And to match the subtle sweetness, a fruity flavor profile is a good add-on. Pinot Noir, as well as Gamay, are good fits.

Another interesting wine to pair with pork chops is Frappato. This wine from the Italian island Sicily is light and full of fruits. Unfortunately, it’s rare. But if you manage to get your hands on a bottle, pork chops are a great meal to enjoy with it.

Sausages are another popular meal for bbq lovers. And there are many different ways to prepare and serve sausages. Finding the right wine to pair with sausages depends heavily on the preparation:

German-style Bratwurst with Sauerkraut and mustard is delicious when paired with a glass of white wine. It needs a good acidity level to stand the intense side dishes, so go with a Grüner Veltliner from Austria or a dry German Riesling. In case you’re open to experimenting, try a sweet sparkling wine such as Lambrusco or Moscato d’Asti. They create a fascinating contrast to the meal’s sour and spicy aromas.

The same wines make suitable matches for hot dogs. If you like your hot dog with a lot of ketchup, off-dry or semi-sweet Gewürztraminer wines become an option as well.

Spicier sausages from Italy or Spain require wines that are a bit bolder. Red wines such as Barbera or Dolcetto offer the right mix of body, acidity, and tannins.

Chicken is a superb alternative to steaks or burgers for everyone who prefers a light meal. It’s much leaner and thus opens more wine pairing options than fatty red meats.

White meats usually go well with white wine, and that’s true for chicken as well. BBQ chicken needs a bold white, though. So try a New World Chardonnay that enjoyed some time in oak barrels.

Red wine lovers can pick a Grenache, given that the seasoning is rather simple.

When served with richer sauces, better go for a Cabernet Franc or an oaked Malbec. The latter is particularly great because it often features tobacco notes that perfectly complement the smokey flavor of grilled meat.

If you like fruity chicken marinades with lemon, mango, or pineapple juice, here is another option for you: Pair your meal with a dry rosé wine. Especially New World rosé, for example, from California is a fantastic choice. They tend to be light and fresh, just right for an outdoor barbeque. 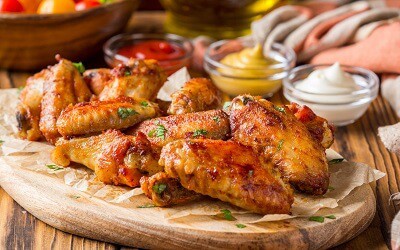 More Details on Chicken and Wine Pairings: HOW TO CREATE DELICIOUS WINE AND CHICKEN PAIRINGS

Fish is another excellent alternative that’s lighter than red meats. Nevertheless, it’s fleshy and flavorful, no matter how you prepare it. Strictly speaking, salmon is not meat. However, it’s not too different from chicken or rabbit. So in terms of wine pairing, you can treat it like white meat.

Salmon has one important characteristic that distinguished it from poultry, though: Like most seafood, it’s very salty. And when paired with tannic wines, this saltiness can create a very unpleasant metallic taste. Thus, pick a low-tannin wine to avoid this problem, but make sure it has a proper acidity level.

When grilled, salmon goes well with a red Gamay or a dry white Pinot Grigio. For smokey preparations, dry German Riesling is a delicious match, as well as the formerly mentioned Grenache (or Garnacha). If you like unconventional pairings, you can also try sparkling wines like Champagne with your smoked salmon.

More Details on Sparkling Wines: THE 9 MOST POPULAR TYPES OF SPARKLING WINE

Pairing barbecue with wine is not difficult. With the information from this article, you’re more than ready to do it. So at your next garden party, offer your guests a delicious wine to pair with their BBQ dishes. 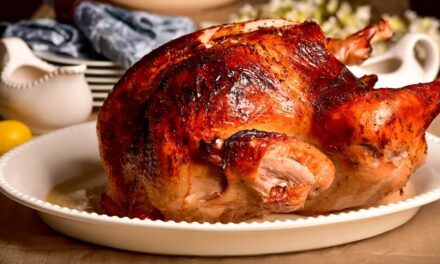 Turkey and Wine: 6 Pairings for Thanksgiving 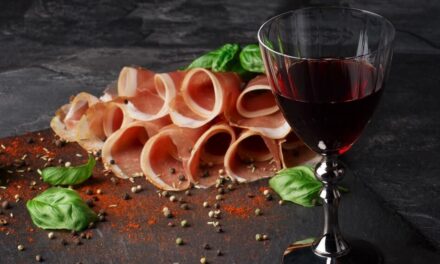 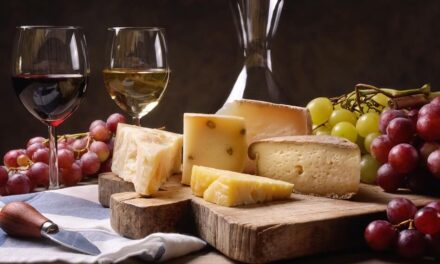 Wine and Cheese – 20 Great Pairings for Your Party 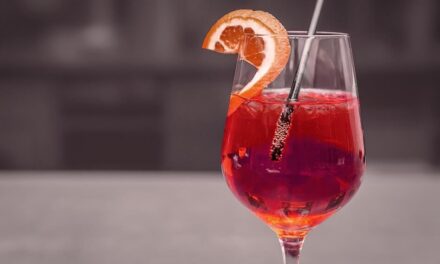 The Best Red Wine Cocktails for Your Party