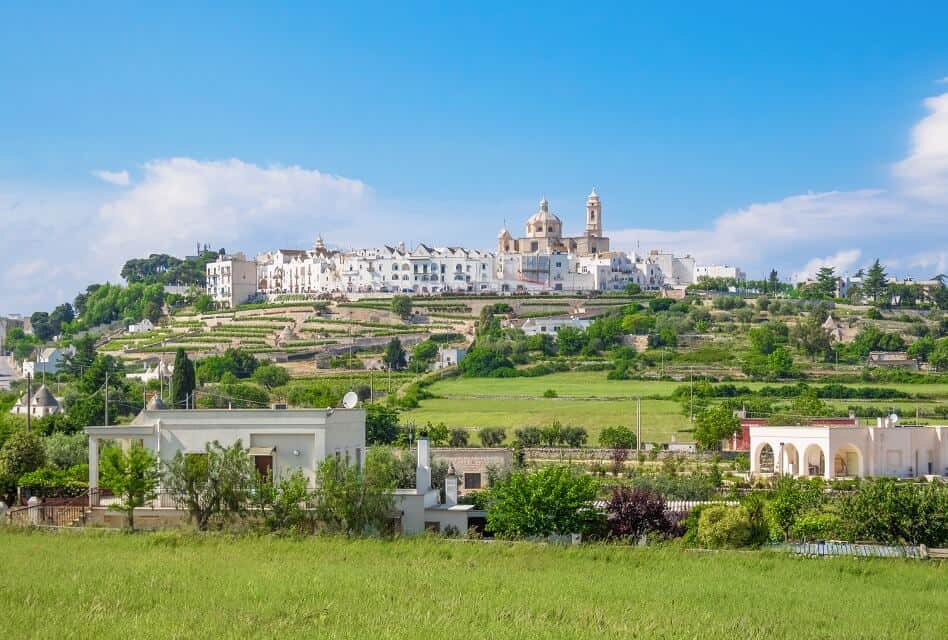 Italy is home to many great wines and many distinctive grape varieties. While many of them also are used by vintners in other countries, some are rare outside of Italy. Negroamaro is one of them. More than 99% of the worldwide production comes from only one Italian region.

Negroamaro is a red grape variety from Southern Italy. It produces dry, medium- to full-bodied wines with decent acidity and tannins, intense fruit aromas, and subtle bitter notes. In the past, the varietal was primarily used to produce blends. But nowadays, more and more vintners make pure Negroamaro wines.

Although the grapes produce excellent wines, they are not very popular among vintners. In this article, we will discuss the reasons for that, the wines made from the varietal, and the best practices to enjoy them.

Where Does Negroamaro Come From?

The Negroamaro varietal comes from the South-Italian region of Puglia (English: Apulia), sometimes referred to as the “Heel of Italy”. The region borders the Mediterranean Sea and thus has a typical Mediterranean climate: hot and dry summers and mild but rainy winters. With the longest coastline of all Italian regions, Puglia regularly is exposed to strong winds. Negroamaro has adapted to these conditions perfectly and become one of the regions’ main varieties.

For wine lovers, the region has a lot to offer. It is home to several other varieties, such as Primitivo and Nero di Troia. And it contains four DOCG appellations, which is the highest quality label for Italian wines. Besides, there are almost 30 DOC appellations in Puglia.

The History of Negroamaro

Historians are not sure where Negroamaro comes from. One of the most widespread theories is that Greek settlers brought it to the Puglia region around 800 BC. They found optimal conditions for the varietal in the rocky, arid region, so they started growing it.

Some experts believe that the grape was used for winemaking by Roman vintners and also by Benedictine monks after the fall of the Roman empire. Interestingly, it never made its way into other wine regions. And even in Puglia, winemakers have used it primarily for making blends for a long time.

With around 12,000 hectares, 99% of all Negroamaro plantings worldwide are in Puglia today. While blends are still very common, more and more winemakers produce pure varietal wines. In other countries, the variety is very rare, despite its ability to adapt to hot climates. Only a few vintners in California and Australia cultivate small volumes of it.

Like its heritage, the origin of Negroamaro’s name is disputed, too. Some wine experts believe that it is a composition of the Latin words “nigros” (English: black) and “amarum” (English: bitter). But others argue that the second part, “amaro”, was derived from the Greek term “mavro” (English: black). So they assume that the name is the result of the intermingling of Greek and Latin tribes and their languages. As the grapes have dark black color and a rather bitter taste, both of these versions sound plausible.

Wine experts know the varietal by numerous other names, including:

Negroamaro is a very robust, thick-skinned varietal. It can stand drought, heat, and it is adaptable to many different types of soil. Even in hot climates, it can preserve its acidity well up to the time of harvest.

Unlike their good resistance to weather, the vines’ ability to stand pests and diseases is limited. To prevent mildew, powdery, or other harmful illnesses from infecting them, vintners have to provide proper aeration. Another necessity is manual harvesting. Machine harvesting can harm the grapes as they don’t detach easily from the pedicels.

The berries are relatively big and grow in tight bunches. As their skins are rich in phenols, they have a very dark blue color. Unfortunately, the varietal doesn’t produce abundant yields. This disadvantage might be one reason for vintners in other wine regions to stay away from cultivating this varietal.

Which Wines Are Made from Negroamaro Grapes?

As mentioned before, many Puglia vintners nowadays make pure wines, but they also use the variety for blending. Blends can be either red or rosé, and winemakers produce still as well as sparkling wines.

The main varietals to blend with Negroamaro are Malvasia Nera, Primitivo, Sangiovese, and Susumaniello. In most cases, Negroamaro is the dominant variety, usually with contents upward of 70%. In numerous DOC wines, it’s a mandatory ingredient.

Many IGT wines contain this variety as well. Although IGT is the lowest quality category for Italian wines, many of these styles are very good and worth trying. You can find both red and rosé (Rosato) IGT wines as well as some sparkling wines. Here are some appellations that are worth looking for:

If you want to try a New World wine, check out wines from the Red Hills Lake County AVA in California, for example:

How Does Negroamaro Wine Taste?

Pure Negroamaro wines are medium- to full-bodied with perceivable acidity and tannins. They also showcase slight bitterness as well as subtle sweetness. Despite their high alcohol content of 13 to 15%, they’re typically well-balanced and easy to drink even when they’re young.

These young wines feature elegant aromas of red and black fruits. It’s usual to sense earthy notes, tobacco, or licorice, and you might even recognize subtle bitter and spicy flavors. Aged wines develop aromas of dried fruits, pepper, flowers, and herbs and spices such as allspice, clove, or thyme.

When vintners use Negroamaro in blends, it’s usually the dominant varietal that raises the wines’ alcohol and tannin levels. It also contributes to a more intense color.

Rosé wines usually are significantly lighter with alcohol contents of around 12 to 13%. They offer more intense fruity and floral aromas.

How to Serve Negroamaro Wine

Negroamaro is a fantastic wine to enjoy with the main course of your dinner. To showcase its characteristics, make sure to serve it at the right temperature and in a proper glass.

What Is the Right Glass for Negroamaro?

The perfect glass for Negroamaro is a Bordeaux glass. It is one of the tallest wine glasses and has a very broad bowl. This design helps soften the wine’s tannins and create a more-balanced drinking experience. Besides, it makes strong alcoholic odors dissipate quickly so other aromas can shine.

What Is the Right Serving Temperature for Negroamaro Wine?

Negroamaro wines are best when slightly below room temperature. Aim for 60 to 65°F (15-18°C). To bring it to this temperature, place the bottle in the refrigerator for around 30 minutes before serving it.

Should You Decant Negroamaro?

You should decant Negroamaro wines. Oxygen helps the wine get a better balance because it makes its tannins and its acidity smoother. For most styles, 30 minutes in the decanter are enough.

How to Store Negroamaro Wine?

When storing Negroamaro, make sure to protect it from light (especially sunlight), heat, and vibrations. You should also keep it away from strong chemicals such as cleaning agents and paint. Their odors can invade the bottle via the cork and ruin the drinking experience. So better store them in separate rooms.

When exposed to too much air during storage, the wine can oxidize and go off. When you open the bottle and smell strange, vinegar-like odors, it’s probably not enjoyable anymore.

How Long Does Negroamaro Wine Last When Open?

When open, a bottle lasts for about 3 to 5 days. Make sure to reseal it either with the original cork or a reusable bottle stopper. Then, put it into the refrigerator.

Can Negroamaro Be Aged?

Negroamaro wine definitely is age-worthy. You can store it for up to 5 years, given you provide optimal conditions. Some high-quality styles can even be aged for up to 10 years.

Rosé wine has a shorter shelf life. You should consume it within 2 to 3 years after buying it to make sure it doesn’t go bad.

As a bold, high-alcohol wine with significant tannins and acidity, Negroamaro wines pair well with many different rich dishes. You can’t get too spicy, though. Here are some great pairings: 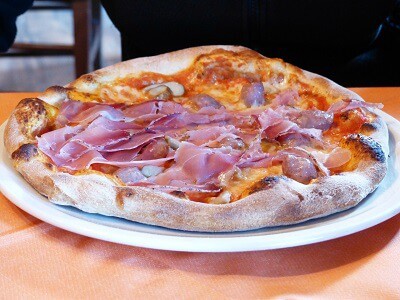 Negroamaro wines might not be the most famous wines of Italy. Nevertheless, you can find many great wines made from these grapes. Besides pure varietal wines, you should definitely try some of the high-quality DOC blends. Especially with Italian food, they are delicious. 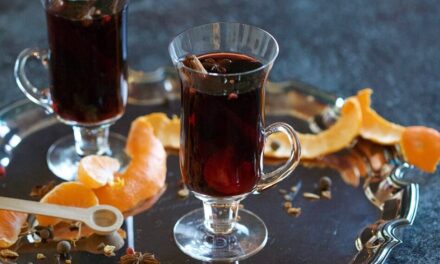 Everything You Need to Know About Mulled Wine 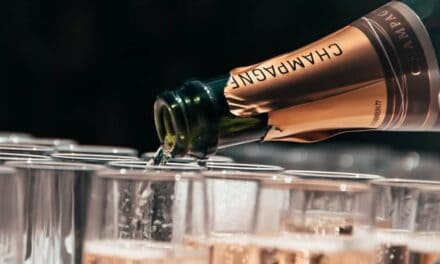 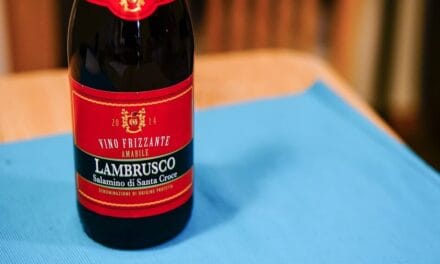 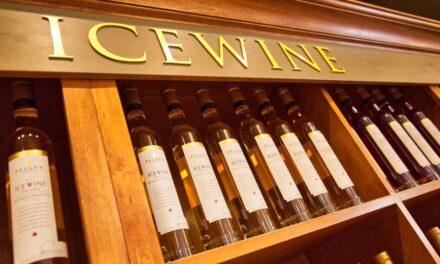