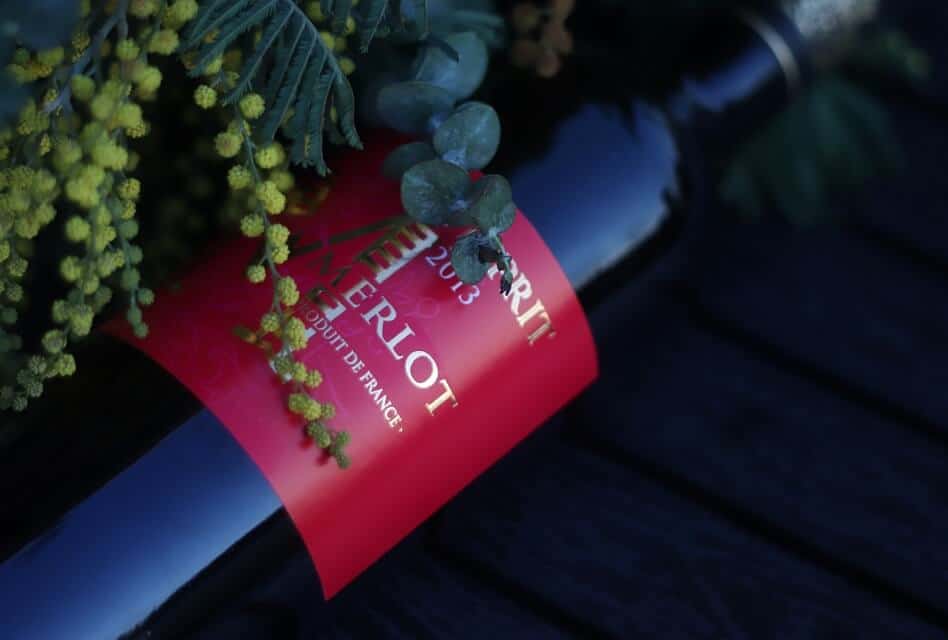 For people who don’t use to drink wine regularly, some styles might be a bit overwhelming. Especially very bold wines with aggressive tannins and high alcohol contents may put wine newbies off. Merlot is different. It’s smooth and very approachable for anyone who tries wine for the first time. So if you’re new to the world of wine, this varietal might be for you.

Merlot is a red grape variety and the second most-grown varietal in the world. It produces wines that are fruity and smooth with low levels of acidity and tannin. These characteristics make them very approachable for first-time wine drinkers. Merlot grapes are also used to create great blends such as Bordeaux wines.

Depending on where and how Merlot wines are made, they can differ significantly in their characteristics. But before we talk about these differences, let’s find out where the varietal originated.

The History of Merlot

Merlot originated in the Bordeaux region in France. The name “Merlau”, which refers to the same varietal, was first mentioned in a Bordeaux official’s papers in 1784 (we will talk about the naming in detail later in this article). And 40 years later, the name Merlot, as we know it today, made its way into a magazine article on Medóc wines. This subregion on the Left Bank of Bordeaux was one of Europe’s first regions with a significant number of plantings.

For a long time, vintners considered it a secondary varietal, though. The main reason for that was its unpredictability. France’s inconsistent climate with occasional cold snaps resulted in different yields each year. Thus, vintners stayed away from planning to make standalone Merlot wines. Instead, they used it for blending with other grape varieties such as Cabernet Sauvignon. 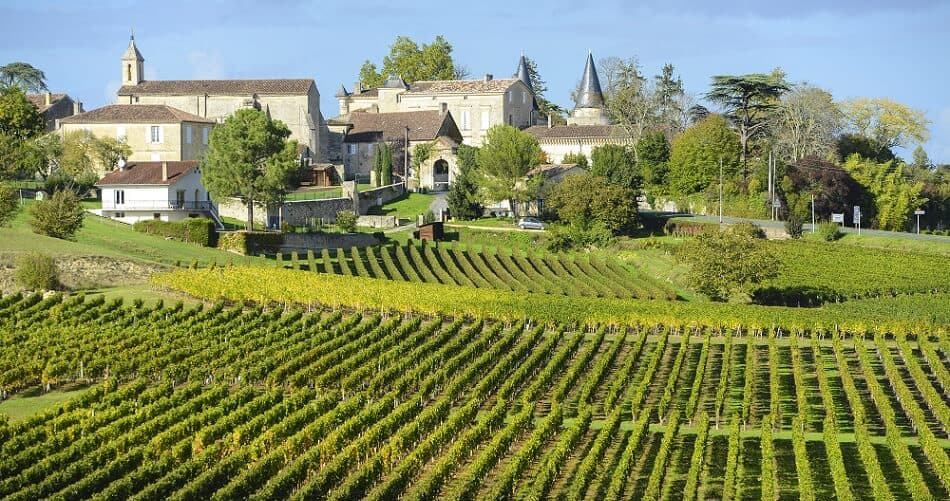 Vineyard in Saint Emillion in the Bordeaux Region, France

When combined with this intense varietal, Merlot worked as a counterpart to soften Cabernet’s aggressive tannins and full body. Blends from these two grape varieties were so well-balanced that they became the main ingredients for the famous Bordeaux wines. And they still are today.

With the rise of Bordeaux wines to international fame, the grape variety grabbed winemakers’ attention around the world. In the middle of the 19th century, the varietal made it to California, where vintners started producing pure Merlot wines. American consumers appreciated these soft and fruity wines, and this success encouraged vineyard owners in Washington State and New York to cultivate the varietal, too.

Something similar happened in Italy: By the end of the 1900s, Italian winemakers began growing Merlot. They used it primarily to blend it with Cabernet Sauvignon or Sangiovese, which is comparably bold and tannic. These blends are still well-known as “Super Tuscans”. Later, they started experimenting with pure varietal wines.

Today, Merlot takes the second place in the charts of the world’s most planted varietal; only Cabernet Sauvignon is more widespread. Winemakers in both the Old and the New World grow it and produce very different wines.

While Merlot plays a role in winemaking for about 250 years, scientists believe it has been around much longer. They could track the varietal’s traces back to the 1st century. And they were also able to determine its parents.

Genetically, the varietal is an offspring of Cabernet Franc and Magdeleine Noire des Charentes. It’s also related to Cabernet Sauvignon, Carménère, and Malbec. All of these varieties descended from Cabernet France as well.

DNA sampling revealed that Merlot has various offspring itself, for instance, Carmine and Ederena. You can tell by its name that Merlot Blanc a relative, too. To be precise, this white varietal is a crossbreed between Merlot and Folle Blanche.

The name Merlot derives from the word “merlau”. It means “little blackbird” in Gascon, a dialect related to Catalan. Some wine experts believe that the varietal got this name because of the grapes’ dark color. Others argue the reason might be that birds like to feed these grapes while on the vines.

Merlot vines produce loose bunches of large berries that have a dark-blue color. They tend to be relatively high in sugar (especially when grown in warm climates) but rather low in acidity and tannins.

Their high fertility and ability to ripe quickly make the grapes easy to cultivate in both colder and warmer climates. They also can adapt to different types of soil. However, the early budding makes the berries prone to sudden frost. Furthermore, due to their thin skins, they’re vulnerable to diseases like gray mold and parasites such as mildews.

How Does Merlot Wine Taste?

Pure Merlot wines are famous for their soft and velvety character that make them approachable for wine newbies. They are dry and medium-bodied with an outstanding balance of smooth tannins, subtle acidity, and medium alcohol levels. Typically, you can sense aromas of red or black fruits. But depending on where and how the wine was made, you might discover additional flavors.

Wine styles from Old World countries with cool climates usually have more intense tannins. Nevertheless, they are well-structured, so the tannins don’t come out as too aggressive. Many have flavors of black cherries, blackcurrant, blueberries, and plums. Besides, they tend to offer earthy and herbal flavors like mint, mushrooms, oregano, tea leaves, or thyme. In terms of alcohol, Old World Merlot is most likely on the light side.

Wines from California or other warm locations in the New World are fuller-bodied with higher alcohol content. They are more fruit-forward with intense aromas of black and red fruits. In some cases, New World Merlot ripes in oak barrels and develops spicy notes of caramel, chocolate, coffee, and vanilla.

Where Does Merlot Wine Come From?

Merlot is one of the most popular varieties globally and made its way into all the major wine countries. Wines from the following regions are in particular noteworthy.

France: As mentioned above, Merlot originated in Bordeaux, and it’s still the predominant variety in the region. Especially on the Right Bank, many vintners grow the variety. Most of them produce high-quality blends with Merlot as the dominating varietal, for example, in the Saint-Émilion AOC and the Pomerol AOC. 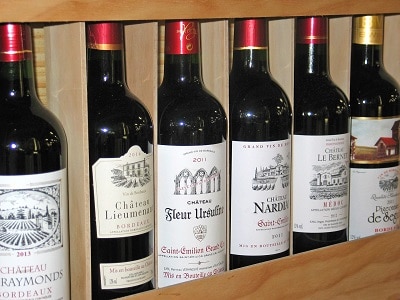 Italy: Merlot is an essential varietal in many Italian wine regions. In Tuscany, for example, it’s a crucial ingredient for Super-Tuscans. Many of them are blends with varieties such as Cabernet Sauvignon or Sangiovese. Other Super-Tuscans are pure Merlot wines. Vintners in Friuli-Venezia Giulia produce both pure and blended wines, too. One of the best blends is Collio Rosso, which contains Cabernet Sauvignon or Cabernet France.

United States: Merlot is a widespread grape across the United States. Especially in California and Washington State, you can find significant plantings, but also in New York, Ohio, Oregon, Texas, and Virginia. California wines are famous for their fruitiness, and many of them develop spicy notes while oak-aging. Washington wines typically combine fruit flavors with Old World characteristics like higher tannin and acidity levels.

Chile: Merlot wines from Chile tend to show similar flavor profiles as California wines. They are full-bodied, fruity, and often undergo oaking. Especially styles from Colchagua Valley belong to this category and are worth testing:

Australia: Down under, Merlot is a rather new variety. Vintners in Coonawarra, Barossa Valley, and other Australian wine regions experiment with the grape, but so far, only very few of their wines have a good reputation. Most of them are comparable to Californian wines as they come from hot regions. There are exceptions, though: In cooler areas of Western Australia, some winemakers focus on producing blends similar to Bordeaux wines. Try these wines:

How to Serve Merlot

Merlot is a perfect wine to serve it with dinner. But due to its soft character, you can also sip it on its own.

What Is the Right Glass for Merlot?

A Bordeaux glass is the perfect vessel. It is one of the tallest wine glasses and has a rather broad bowl. Its design helps the wine breathe and directs it to the parts of your palate where you can sense all of its delicate aromas.

Alternatively, a standard red wine glass is an acceptable option, too.

What Is the Right Serving Temperature for Merlot?

The optimal serving temperature for Merlot is between 60 and 65°F (13-15°C). To bring it to this temperature, put it into the fridge for about 30 minutes before serving it.

Should You Decant Merlot?

Yes. Although Merlot is not as complex as other wines, it definitely benefits from decanting. For Old World wines, 30 to 60 minutes should be enough. For New World styles that underwent oak-aging during the production, you can expand the decanting to 2 hours.

How to Store Merlot Wines

When storing Merlot, follow the standard rules for storing wine: Put it into a cool, dark place like your basement. Wine bottles with a cork should always lie on their sides. In that position, the cork stays in contact with the wine and doesn’t dry out. Protect them from temperature changes, sunlight, vibrations, and strong chemical smells, and your wine will be fine.

Yes, Merlot can go off if you mistreat it. Exposure to oxygen can result in spoiling the wine, and when that happens, it isn’t drinkable anymore. If your wine smells strange, that’s probably the case. Especially vinegar-like odors are a sign of that.

How Long Does Merlot Wine Last When Open?

When open, a bottle lasts for about 2 to 4 days, given that you store it properly. Reseal the bottle to keep oxygen out of it, either with the original cork or with a bottle stopper. Then, put it into your fridge (the regular one, not the wine cooler).

Can Merlot Be Aged?

Yes, absolutely. Most Merlot wines are already great when young. But as they typically have a great balance of tannins, acidity, and fruitiness, they also have tremendous aging potential. Thus, you can store good them for up to 20 years, and they will slowly get better.

Its fantastic balance is also the reason that Merlot is very versatile in terms of food pairing. It’s important to avoid dishes that are extremely spicy because they can overpower the wine. Here are some good pairings:

Merlot is definitely an all-rounder that offers a great experience to wine newbies as well as long-time wine lovers. As you can enjoy it on its own or with food, it’s a superb match for any occasion. With the knowledge from this article in mind, it’s time to find out which style you like best. 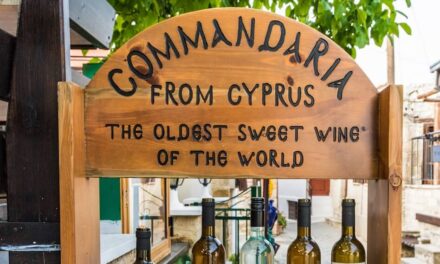 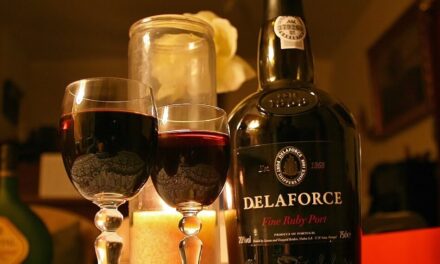 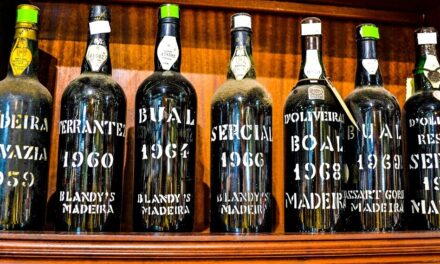 Everything You Need to Know About Madeira Wine 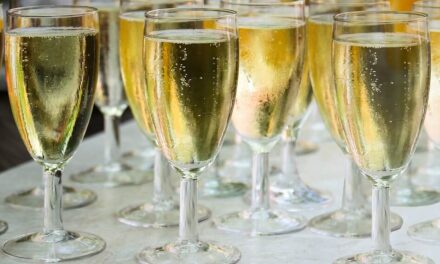