Why Wine Goes Bad and How to Detect Spoiled Wine 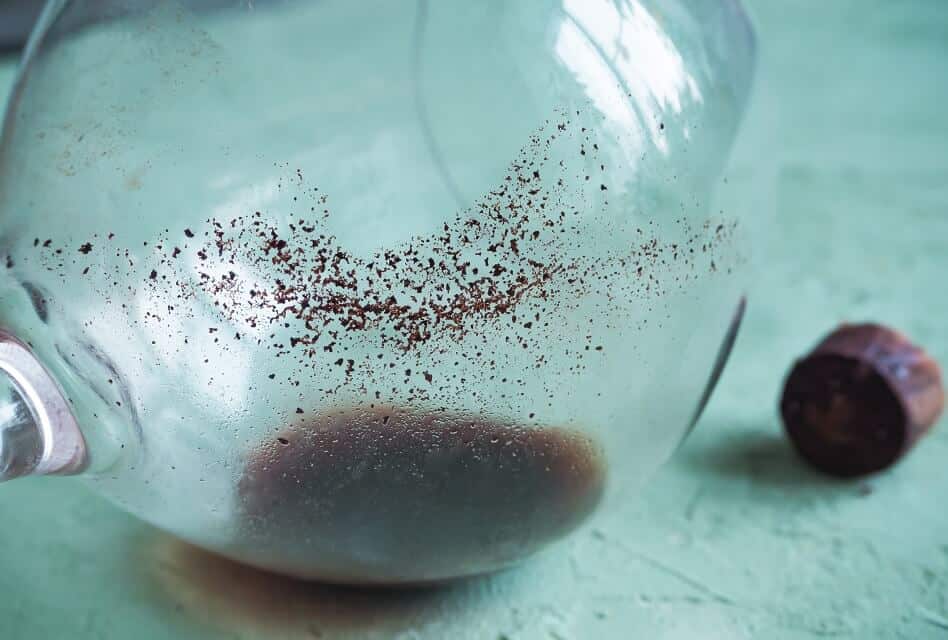 Spoiled wine is every wine lover’s nightmare. There is nothing more annoying than opening a bottle and recognizing that it’s ruined. But why is it that wine goes bad?

Wine goes bad during storage or transport when exposed to unfavorable conditions. The most common cause is its cork. If it’s damaged, it can cause an air leak that results in over-oxidation and finally spoilage. Another common reason is a taint-infected cork that imparts unpleasant smells on the wine and ruins it.

If wine goes bad, it usually is quite easy to detect it. And luckily, it is also not hard to avoid spoilage. In this article, we will discuss the most common wine faults, how to detect them, and how to avoid them in detail.

What Happens When Wine Goes Bad?

There are several flaws that wines can develop over time. They’re the results of different biological or chemical processes.

The primary reason why wine goes bad is over-oxidation. That might be a bit confusing because people aerate wine intentionally before enjoying the first sip. They even swirl the glass to get more oxygen in touch with it.

The difference between helpful oxygen that improves a wine’s taste and harmful oxygen that ruins it is the amount. Or in other words: a little bit is great, but too much is a catastrophe.

Actually, it’s not the oxygen that harms the wine; it’s bacteria. They are naturally present in grapes (and thus also in wine) in tiny numbers. But when the wine gets in touch with oxygen, these bacteria grow and start turning alcohol into acetic acid. Over time, this acid creates unpleasant vinegar-like flavors and the wine goes bad.

Another reason why wine goes bad is cork taint or, more specifically, trichloroanisole (short: TCA). TCA is the product of fungi that reside in cork. In most cases, they’re present in the bark of oak trees even before they’re harvested and processed into cork seals. But they can also reside in oak barrels, storage boxes, or other wooden containers.

When the fungi get in contact with chlorides, which winemakers use to sanitize their facilities, they produce TCA. And when a TCA-contaminated cork is used to seal a bottle, the taint can impart its intense smell on the wine. Wines that suffer from this odor are commonly referred to as “corked”.

Bottle sickness (also called: bottle shock) is a condition that happens especially to fortified wines like Port or Madeira when they travel for a significant time after bottling. Wine experts haven’t found a scientific explanation for bottle sickness, but the symptoms are distinctive: The wine smells like nothing; all the delicate aromas are muted.

How to Tell If Wine Has Gone Bad

Luckily, it’s pretty easy to tell if a wine has gone bad. The signs are obvious, and all you need to recognize them are your senses: your eyes, your nose, and your tongue. Watch out for the following signs that can indicate wine spoilage:

Cork Pushs Out from the Bottle

Even before opening a bottle, you can find a hint for a flawed wine. If the cork isn’t in place anymore and looks like it was slightly pushed out from the bottleneck, the chances are high that there is a problem. In many cases, an air leak occurred that causes over-oxidation. And if that actually happens, it takes only a little time and the wine goes bad.

Another obvious indicator of spoiled wine is a damaged cork. It might still sit in place, so you have to remove the foil from the bottleneck to spot it. If pieces fall off the cork or if it’s soaked in wine, there is clearly a leak. And leaks go both ways, so wine gets out, and air gets in. That’s why a leaking bottle typically is filled with spoiled wine. 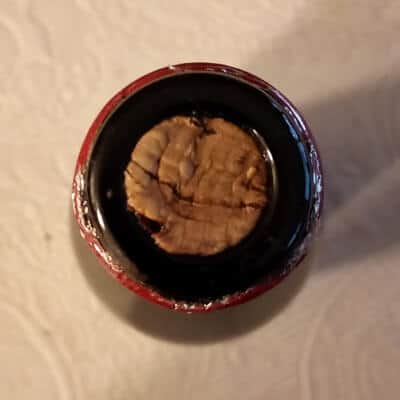 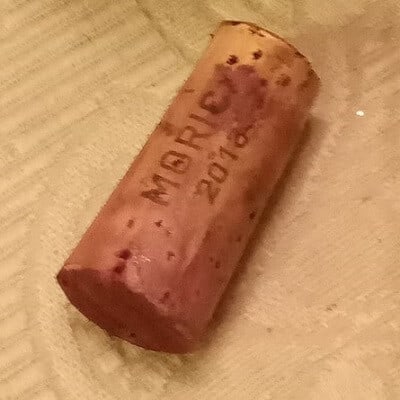 …and after Removing it from the Bottle

Unlike sparkling wine, still table wine shouldn’t contain any bubbles. If you spot some in the bottle before opening it, that can be an indicator of an air leak, too. And if that’s the case, the wine is probably not enjoyable anymore.

When wine goes bad, it tends to change its color, particularly when it’s a young, unoaked wine. Red wines that generally range from light red to dark purple turn to a brownish hue. And white wines change from pale yellow to a color that you might describe as golden-brown or ocher.

Your nose might be the best “tool” for detecting wine problems. When wine goes bad, it changes its aromas or develops new smells that are easy to detect:

In case its smell doesn’t deliver clear proof that the wine has gone bad, a sip can provide absolute certainty. Your taste buds will help you identify flaws for sure.

If the wine tastes moldy, extremely sharp, or just completely flat, it actually is spoiled. However, be aware that subtle differences in taste compared to other vintages of the same wine are not unusual. They are the result of different weather conditions and not necessarily flaws. But if the wine tastes much more pungent (or bland) than it should, there’s likely a problem.

Is It Dangerous to Drink Wine That Has Gone Bad?

From a medical point of view, it isn’t dangerous to drink wine that has gone bad. It won’t make you sick. So you don’t have to worry about tasting a wine that you suspect to have gone bad.

Nevertheless, spoiled wine isn’t enjoyable anymore. It smells and tastes awful, so there is no point in drinking it. Better pour it down the drain and open another bottle that is free of flaws.

Can Bad Wine Be Saved?

As a wine lover, you might be hesitant to pour your wine away. So the question of whether you can save a bad wine is understandable. Unfortunately, there is bad news: There is no way to save an over-oxidized wine. And the same is true for TCA-infected wine.

If your wine suffers from bottle sickness, there is hope, though. You actually can cure this condition by exposing the wine to air. If you decant it for about 24 hours, it will slowly recover, open up, and release its delicate aromas. And as it’s typically old, fortified wines that suffer from bottle sickness, you can do so without fearing over-oxidation.

How Long Before Wine Goes Bad Once Opened?

Sadly, most wines have only a short lifespan once you unseal them. You should finish whites but also young reds within 1 to 3 days after opening them. But even if you have a bolder red wine, it’s smart to drink it soon. It might be enjoyable for up to 5, maybe even 7 days, but not much longer. In any case, you should reseal an open bottle with a stopper and store it in the fridge.

There is one exception to these rules: fortified wine. These wines have very high alcohol levels that protect them against spoilage. Thus, they’re more resilient and enjoyable much longer than regular table wines. Especially if they aged for a long time before bottling, they have a very long lifespan even after opening them. For instance, good Port wine or Sherry is enjoyable for weeks, sometimes months after uncorking them. Besides, it’s okay to store them in a cabinet instead of a fridge.

Can Wine Go Bad When It Is Unopened?

It is possible that wine goes bad, although it is still unopened. That might happen because the cork was infected with taint even before the bottle was sealed in the winery. Also, damaged corks can go unnoticed during production or transport and cause a tiny air leak that slowly oxidizes the wine.

Will Wine Go Bad in the Fridge?

Even when kept in a fridge, an open bottle of wine will go bad. It will take a little longer than wines stored at room temperature, but the final result will be the same: The wine will spoil. Thus, it’s best not to take a risk and consume wine within a few days after opening the bottle instead.

Does Wine Go Bad When Frozen?

When exposed to extremely low temperatures, wine doesn’t spoil. So the cold alone isn’t a problem. However, like most liquids, wine expands when it freezes. And when that happens, it can push the cork out of the bottle and cause an air leak. As we know, an air leak leads to oxidation, and eventually, the wine goes bad.

For that reason, it’s a bad idea to store a bottle of wine in the freezer for a long time. If you want to chill it quickly to bring it to the right serving temperature, that’s absolutely fine. But you should set an alarm, so you don’t forget to take it out before it freezes.

Will Wine Go Bad in Heat?

Heat is probably the worst thing that can happen to your wine. Leaving a bottle in your parked car for a couple of hours on a hot summer day might be enough to ruin it. Even storing wine in your kitchen where it’s exposed to direct sunlight might harm its flavors perceivably. Therefore, always make sure to store your precious bottles in a cool room or in a fridge to protect them.

How to Protect Wine from Going Bad

Unfortunately, not all the factors that can cause a wine to spoil are within your control. If the vintner mishandles a bottle or a cork, you can’t do anything about it.

But there are some mistakes that you can make to ruin your wine. And frankly, it’s quite easy to avoid them. Here is what you need to do to keep your wine safe:

If wine goes bad, that is an unpleasant experience for every wine lover. And as a consumer, many reasons for wine spoilage are not in your power. But some are, and they are avoidable. With the information from this article, you definitely have a better understanding of why wine goes bad and how to avoid it. 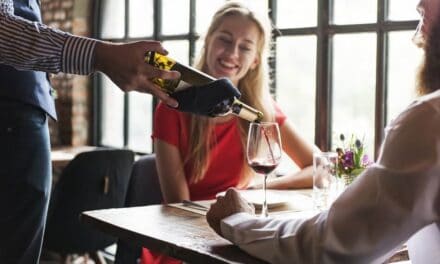 How to Order Wine and Approve It at a Restaurant

What Is Terroir and How Does It Affect Wine? 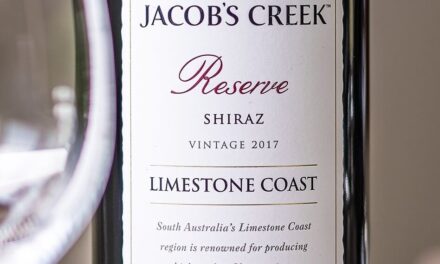 What Is a Wine Vintage and Is Vintage Wine Better? 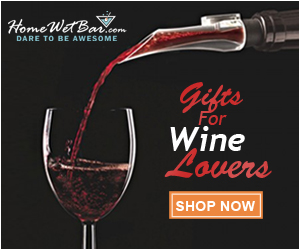