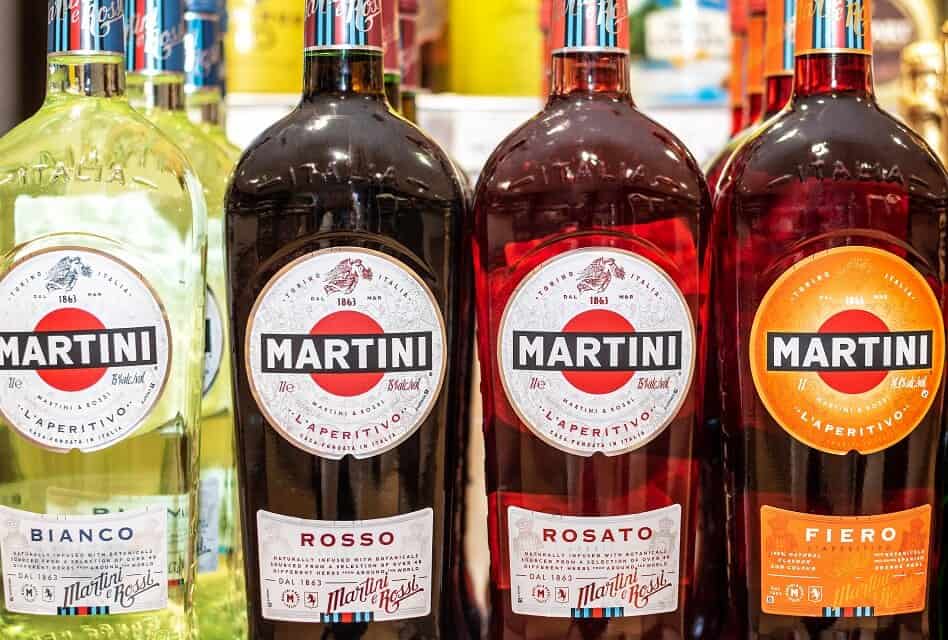 Many drinks that we enjoy as leisure beverages today originally started as medication. And they often contained wine mixed with herbs, spices, and other ingredients. One of these beverages is Vermouth.

Vermouth is a fortified wine from Europe. It is made from wine, enriched with Brandy, and aromatized with various herbs and spices. Many people drink it pure as an aperitif, but it is also a common ingredient in many cocktails. Vermouth can be white or red, and it comes in a wide variety of flavors.

With a history of more than 200 years, Vermouth is a traditional drink. But how people drink it has changed over the centuries. In this article, we will discuss this interesting history, how this wine is made, and how to enjoy it best.

THE DIFFERENT TYPES OF VERMOUTH

The three main types of Vermouth differ significantly in taste:

Besides, you can find various niche styles, such as Golden, Black, Rosé, or American Vermouth.

Like numerous other alcoholic beverages, Vermouth was originally a medical drink. Its name originates from its most important ingredient: wormwood. More specifically, it derives from the German translation “Wermut”. Wormwood is a herbaceous perennial plant that has a long history of medical use. According to notes by the famous Greek physician Hippocrates, the herb was used to treat jaundice and tetanus, and it could help digestion and alleviate stomach pain. The Romans, Chinese, and Mesopotamians knew its healing power as well and mixed it with wine, roots, and blossoms to create medications.

The drink, as we know it today, originated in Savoy, a small kingdom that nowadays would include parts of France, Switzerland, and Italy. According to common belief, Girolamo Ruscelli (a.k.a. Alessio Piemontese) made wormwood wine in this area in the late 16th century.

The first commercial effort to sell Vermouth dates back to 1786. By that time, it was not relevant as a medication anymore, but it became increasingly popular as an aperitif. In the Italian city of Turin, the merchant Antonio Carpano created the first Vermouth brand. His drink was red and sweet and quickly became popular as an alternative to red table wine.

At the beginning of the 19th century, white variations made their way to the store shelves. The French created both dry white and sweet white styles.

With the rise of cocktails in the late 1800s, the fortified wine gained additional popularity. Barkeepers mixed it into beverages like the Ernest Hemingway or the Manhattan. That is still its primary use in the United States and the United Kingdom.

In its home countries, France and Italy, it is more common to drink it pure as an aperitif. These countries are still the most noteworthy producers. In France, the Chambéry region even has AOC status, which is the highest quality label for French wines.

WHAT IS VERMOUTH MADE FROM?

The base for Vermouth is a low-alcohol white wine. That’s even true for red styles. They get their color either from botanicals or from red wine that is blended into the mix later. Depending on the type producers want to make, they can use different grapes. Traditionally, the most common varietals for this purpose are Bianchetta Trevigiana, Clairette Blanche, and Trebbiano.

The wine makes up for about 75% of Vermouth. The rest is a neutral-tasting grape spirit, sugar syrup (only for sweet styles), and various botanicals. Among them can be:

HOW IS VERMOUTH MADE?

First, the producers make the base wine, just like vintners make regular table wine. Sometimes, this wine undergoes a short aging process before the workers perform the next step: They fortify it with alcohol, typically with neutral-tasting brandy. If they want to make a sweet style, they also pour sugar syrup into the mix.

Then, they add the botanicals respectively their flavors by following one of two techniques:

Once the fortified wine has absorbed all the aromas and flavors from the botanicals, Vermouth is ready for bottling.

HOW DOES VERMOUTH TASTE?

Besides these similarities, the three different styles differ significantly in smell and taste:

It’s worth mentioning that these are just broad categories. Within these categories (and also outside of them), you might find variations with diverse flavor profiles.

HOW TO STORE VERMOUTH

When it comes to storing, you should treat Vermouth like any table wine. Protect it from light, heat, and vibrations, so it won’t start oxidizing and go off. A shelf in your cellar is the perfect spot. A cabinet at room temperature is acceptable as well, given it’s not exposed to direct sunlight.

Wine bottles with a cork should always lay on their sides to keep the cork moist. But most Vermouth bottles have a screw cap. For these bottles, it is better to store them standing upright.

The high alcohol content protects Vermouth from going bad to some degree, but not completely. So if you expose it to oxygen or heat, you will start chemical processes like oxidation. And these processes slowly cause it to develop very unpleasant off-flavors. In some cases, they also change the wine’s color.

How Long Does Vermouth Last?

You can store an unopened bottle for two to three years without a problem.

Once opened, it keeps for about one month, given that you store it in a refrigerator. You can probably drink it for a couple of weeks longer, but it will lose some of its pristine characteristics with each day.

Can Vermouth Be Aged?

Vermouth has no aging potential at all. If you store it for months or years, it will not get perceivably better.

HOW TO SERVE VERMOUTH

Traditionally, Vermouth was served neat as an aperitif before the first dinner course. And it is still not uncommon to follow this practice.

Serve it on ice (one big ice cube is better than many small ones) and garnish it with an olive and an orange slice. If you think that it is too strong to drink pure, top it with some sparkling water.

Drinking it in cocktails might sound more appealing. And there are a lot of Vermouth-based drinks you can prepare with it.

What Is the Right Serving Temperature for Vermouth?

When serving Vermouth, make sure to chill it. The optimal serving temperature is slightly below room temperature. Aim for 57 to 61°F (14-16°C).

For drier styles, the lower end of the range is right. For sweeter styles, target the upper end.

What Is the Right Glass for Vermouth?

Typically, Vermouth comes in a small, stemless glass that looks comparable to a whiskey tumbler. You can use a dessert wine glass as well, but most types might be too small to hold a drink with ice and garnishments. On the other hand, white or red wine glasses usually are too big.

Should You Decant Vermouth?

There is no need to decant Vermouth. It does not benefit from aeration like table wines, and it also does not contain sediments that you need to filter out. So pour it into glasses immediately and serve it while it’s chilled.

As the styles of Vermouth differ perceivably in taste, they also pair with different foods:

When exploring the world of Vermouth, you will find bottles from many different producers from all over the world. To get an idea of the original taste, it makes sense to try brands from Italy and France first. Many of them have a long tradition of producing Vermouth.

Bottles of 750ml or 1L cost between 20 and 40 USD. But to find the style that matches your taste best, consider buying half-bottles of 375ml instead.

Here are the producers that offer great Vermouth wines:

Many wine experts consider Girolamo Ruscelli the inventor of Vermouth. Under his pseudonym Alessio Piemontese, he created the first wormwood wines that were the precursors of modern Vermouth. The Alessio company is named after him to honor his achievements. It offers very good Bianco styles:

In 1786, Antonio Carpano built the foundation for red Vermouth in Turin. His descendants later created the first Italian brand. Today, the Carpano company operates from Milano and still makes some of the best sweet Vermouth styles:

Martini & Rossi is probably one of the most famous Vermouth producers. The founders, Alessandro Martini and Luigi Rossi, started their business in 1863, and nowadays, their successors export many different types of fortified wines to all parts of the world.

Dolin is one of the oldest Vermouth distilleries in France. It was founded in 1820 and quickly raised to fame with its French-style fortified wines. They make delicious white and red, sweet, and dry variations.

Gonzalez Byass is a Spanish company that started as a Sherry producer in 1835. Over the centuries, the owners expanded their business to Brandy, table wine, and Vermouth. Today, the company’s US branch represents many wineries and distilleries from Italy, Spain, Austria, and other countries.

As you can see, Vermouth is a versatile drink. Depending on its style, it can please lovers of dry drinks and people with a sweet tooth. It is a must-have for cocktail fans, but even if you usually prefer table wine, you should give it a try.